H&M Foundation uses cookies to give you the best experience on our website. If you continue to use our services, we will assume that you agree to the use of such cookies. You may review our Privacy Notice here.Close
CLOSE
News article  |  12 October 2020

As a non-profit foundation, our job is to influence the entire fashion industry to rethink how fashion is made, worn and reused. Why? Because there is no planet B. But the industry can’t solve the problem alone, they also need to have their customers onboard. So, let’s do this. Learn more how you with a few simple choices, can contribute to a better planet for generations to come. 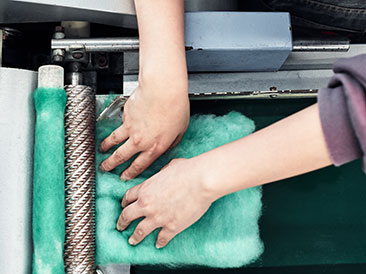 The garment in the G2G is shredded and carded 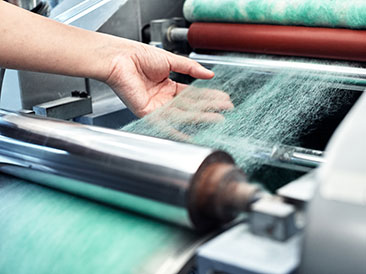 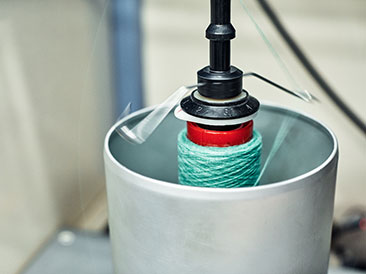 The lint has been twisted and spun into strong thread 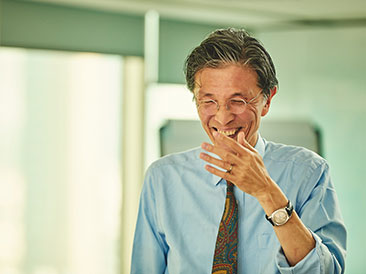 The habit of recycling old clothes is slowly gaining traction, you have probably seen a textile recycling bin here and there. However, globally the numbers aren’t so impressive. Only 1% of all textiles is recycled. The rest? It ends up in landfill.

If we could switch our behaviour and follow these three simple rules, the impact on the planet would be huge:

The industry needs your old rags

Since 2016, we have partnered with the Hong Kong Research Institute of Textiles and Apparels (HKRITA) to accelerate research on textile recycling. “We are impatient by nature and the 2030 climate deadline is approaching fast. A few years ago, we identified a lack of progress on recycling textiles, so we partnered with HKRITA to address this gap, fast,” says Erik Bang, Innovation Lead at H&M Foundation.

However, during our work with HKRITA, it became clear that while we might come up with outstanding recycling technologies, we still need to access old textiles to have something to recycle. But today’s consumers aren’t used to recycling clothes, instead almost of all it is thrown away. “To address this logistical challenge, we realized we must make recycling relevant and tangible. Seeing is believing. If you see it, you believe it. And it’s not until then that you can change your behaviour and start recycling instead of throwing it in the bin,” says Erik.

How can we change customer perception? Together with HKRITA, Hong Kong-based yarn spinner Novetex Textiles and The Mills, we developed a miniaturized recycling facility, with the aim of putting it in shopping malls and stores across the world for customers to see, learn and understand the benefits of textile recycling.

However, to shrink the huge recycling machines to fit in a small space wasn’t easy. “First the engineers said it was impossible. Now they say it’s very difficult. I see that as progress!” said the ever-optimistic Edwin Keh, CEO of HKRITA during the process. And they did it! The first version of the Garment-2-Garment (G2G) recycling system opened in 2018 and was placed at the experiential retail space at The Mills in Hong Kong.

We invited the world to come and visit. “As our role is to influence the entire fashion industry, we are involved throughout the research and development phases. And once solutions are ready, we give it away for anyone to use to ensure maximum impact,” says Erik.

Take part in the conversation and change habits

In October 2020, H&M was the first brand to launch their own G2G, called the Looop, in one of their stores in Stockholm. H&M’s customers are invited to hand in their old rags and get a new garment, made of the same material, at the other end.

“This opens up a whole new category of fashion. For example, put your grandma’s old jumper in there, and out comes an updated version that you can wear for years to come,” says Erik and continues: “however, it’s not the number of garments recycled in the G2G that will have an impact, but the conversations around it, which will help educate and inspire us consumers to recycle our old clothes.”

We hope this will spark more dialogue and eventually changed behaviour between brands and consumers about extending the life of fashion and in the end, recycling it.

The 2030 deadline is approaching fast, and we are now in the decade of action. What must the fashion industry to do meet the global goals? “I’m afraid there is no single answer to that,” says Erik and continues: “just us as corporations and individuals, our governments and society at large must radically and fast transform into new practices. It sounds daunting, but many of the most impactful solutions are surprisingly simple and already available and will help create future proofed jobs. We must start by accepting facts, roll up our sleeves and embrace change instead of fearing it. Starting yesterday.”

As consumers, let’s start by wearing what we have in our wardrobes, and once the garment is totally worn out, recycle it.

Mini Mill - miniaturized recycling machinePlanet Only a fraction of all textiles are being recycled today. To change people's awareness and behaviour, creative ideas are needed - such as the Mini Mill.
Read more
Recycling RevolutionPlanet Accelerating research on textile recycling to find at least one commercially viable technology to recycle textile blends. For maximum impact, the technology will be available to all.
Read more
Focus area: PlanetPlanet We work to ensure living conditions by protecting the planet.
Read more
SHARE ON FACEBOOK
SHARE ON TWITTER
SHARE ON LINKEDIN
PRINT